Some of my projects written using Blitz Basic.

I bought Blitz Basic 3D in December 2003 because I needed to convert one of my programs into 3D for a publishing company. After using it for a few weeks I decided that I could use the language for several projects as it is easy to learn, fast at displaying graphics and has a large user base.

As it's name suggests Blitz is a BASIC (Beginner's All-Purpose Symbolic Instruction Code) language and has similarities with other BASIC languages that I have used (Commodore Basic, AMOS, AMOS Pro and to some extent Visual Basic). Because of the similarities I was able to create a few simple programs in a relatively short amount of time and so this page is being used as a showcase for my current work in progress.

Click on any screenshot to see a larger version.

All images and files on this site are copyright Fractalytic, S.Kennedy.

Please ask if you wish to use anything for your own projects or if you have any questions about anything featured (Contact Me link in menu bar at top of page). Thank you.

March 2011 last ever version using Blitz Basic - this is now now called Fractalytic and has been converted to Visual Basic. See below for some more information and screenshots (click to enlarge).

I have had an interest in Chaos and Fractals ever since reading James Gleick's Chaos while at college in 1989. The subject has moved me to create simple Fractal Generation programs in almost every language that I have owned and Blitz is no exception. Until the change of language to visual basic this was probably the most comprehensive Fractal program that I have created as it brings together several different types of Fractals and includes brief notes on each.

One of the problems with Blitz Basic is that it doesn't have native support for "double" floating point numbers and so the amount of time that you can zoom into each Fractal type is limited.

The Blitz Basic version may not be updated again as I have ported the program into Visual Basic (see the Fractalytic page) although I will keep this available for download. The program has lots of features - twelve different Fractal types, zoom using the mouse, bitmap save function, changeable iteration levels, options for most fractal types. 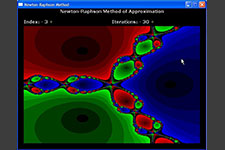 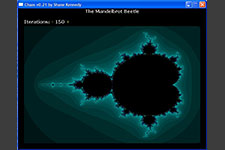 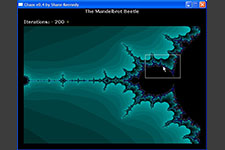 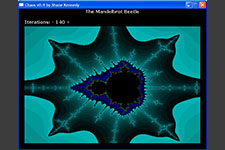 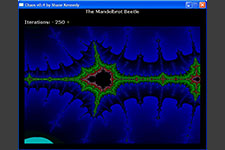 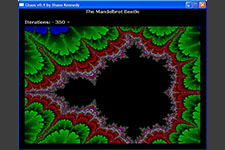 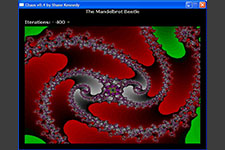 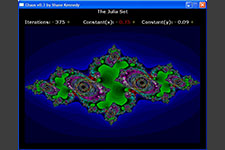 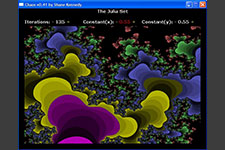 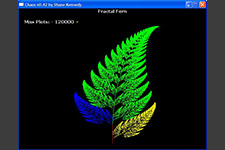 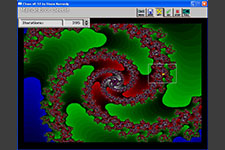 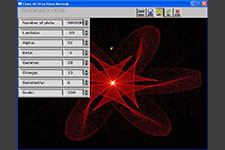 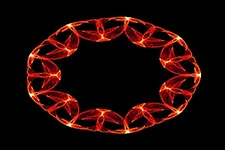 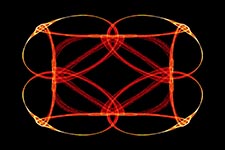 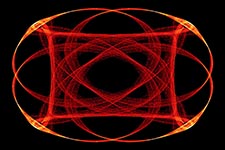 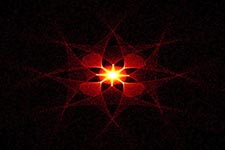 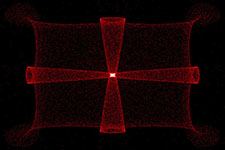 A game created for the BlitzCoder March 2004 "One-Key" Competition based on the game Blitz for the Vic-20. As it's name suggests the competition was to produce a game that could be controlled using only one key on the keyboard or one button on the mouse.

this program also appears on Software Informer and Caiman 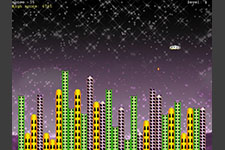 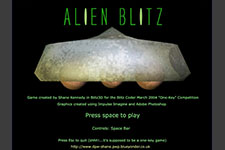 A game created for the BlitzCoder March 2004 "One-Key" Competition based on a game called Nibble for the Vic-20 (as far as I can remember Nibble was only available as a type in listing via a computer magazine in the early 1980's). As it's name suggests the competition was to produce a game that could be controlled using only one key on the keyboard or one button on the mouse.

This program also appears on Caiman 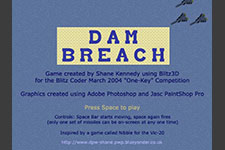 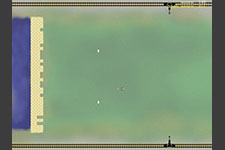 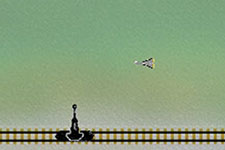 I was feeling ill one afternoon and didn't want to work on my larger projects so decided to set myself a mini challenge and see how few lines it takes to write a version of pong. This is a fully working 2-player version without sound that took just 51 lines of code (without cheating - no multiple commands on the same line). It isn't very challenging and could be improved upon no end but that wasn't the point.

Controls: Player 1 uses A and Z, Player 2 uses the up and down cursor keys

(Updated 19/04/04 - the game now uses only 25 lines of code - less than half of the original version I created. It's amazing how much can be accomplished in so short an amount of source code (two player game, keyboard input, real-world physics with angles of incidence/reflection, score tracking etc.). Click here to view the source code on the internet if you don't have access to Blitz Basic) 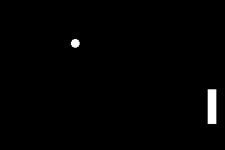 A simple game of code breaking. The computer will choose a code of colours (between 3 and 6) and the player has to break the code in a certain number of guesses.

This version contains all of the elements for a full game but does not yet include sound, a help file, or customisable game resolutions (they will be included in a later release). 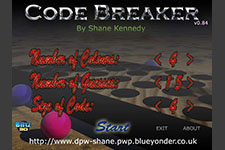 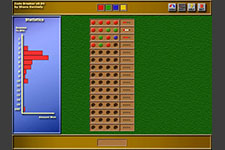 A sneak peek at a SuDoku program that I am currently working on that will help solve the SuDoku puzzles that are so popular at the moment.

The screenshots show the main screen and board (update: the latest screenshot shows the save dialog that I've been working on)

First release: Not released yet

This program will probably not be fully released as a free download on this website but a demo version may be available for download with an option for registration for a small donation. 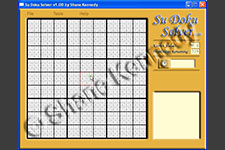 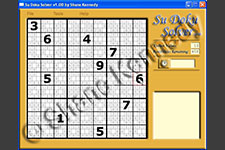 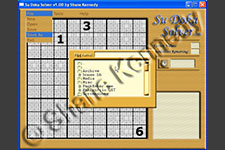 I was thinking of this kind of puzzle the other night so decided to code a quick beta version of a game. It's very basic at the moment but is still playable

Controls: Click on a tile adjacent to the blank one to move it 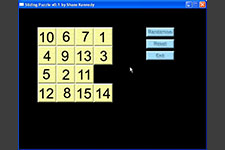